A migratory workspace, for the production of democratic telecommunication systems.

The office was located in the Flock House at Pearl Street Triangle in DUMBO, Brooklyn, formerly an industrial neighborhood. What was in production: building Community Phone Booths for public launch at the SIGGRAPH 2012 conference, creating support materials for the Re-wired helmet talk at HOPE Number 9, and producing Flock House TV, a series of discussions and performances with artists and engineers collaborating with the project, streamed live on The Huffington Post.

Here's some photos of the process. We were working out of the Flock House in Battery Park, then assisted with the migration and set up shop in our dedicated pod in DUMBO. 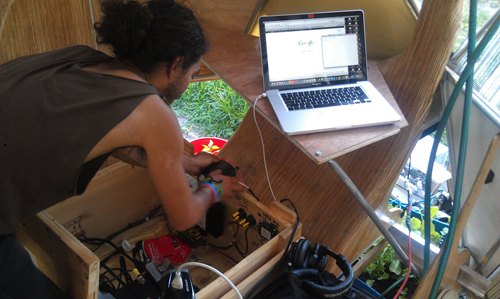 Checking out the energy system with Esteban Gaspar Silva. 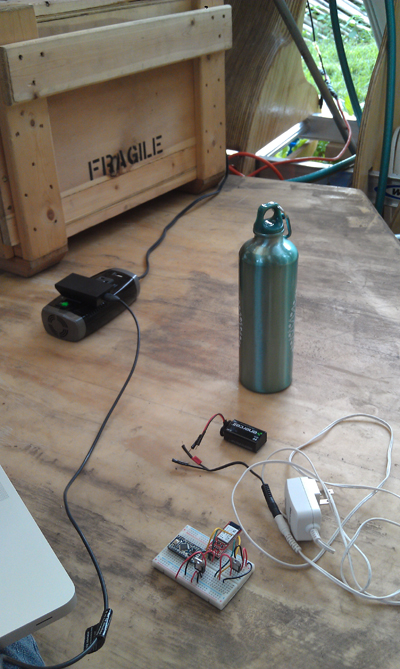 Here's the adapter, my life's blood. 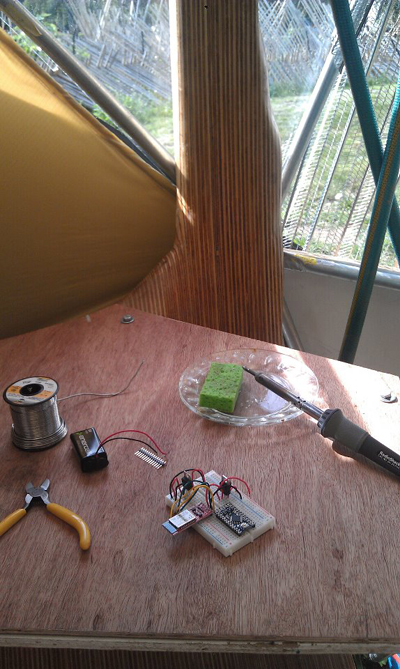 I made the table into the Flock House Soldering Bench. 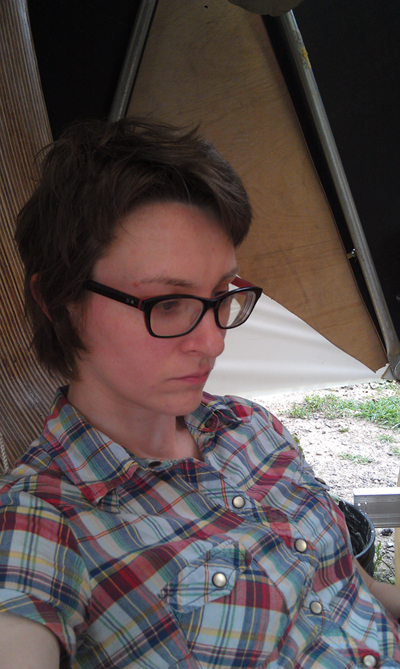 Gazing into the computer. 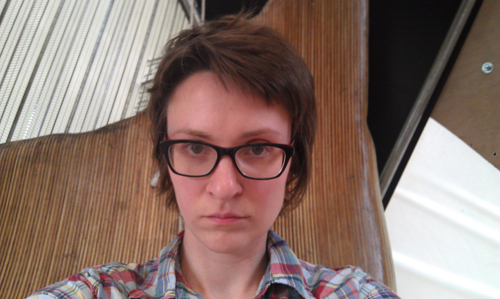 It was hot and my project didn't work.

Maybe it's time to think about livestreaming instead. 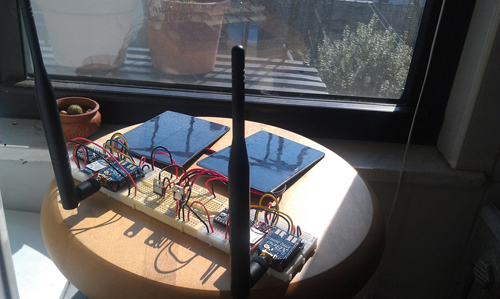 I made this big antenna test the next day working neurotically and guiltily in the air conditioning on Independence Day. We are a step closer to independence: the tiny solar panels provided 3.3v just fine but not 5v. I need a bigger solar panel- the one wrapped around the Flock House roof looks good. 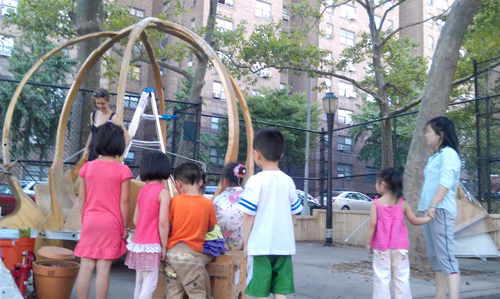 Helping with the migration from Battery Park to Coleman Playground- a swarm of children! 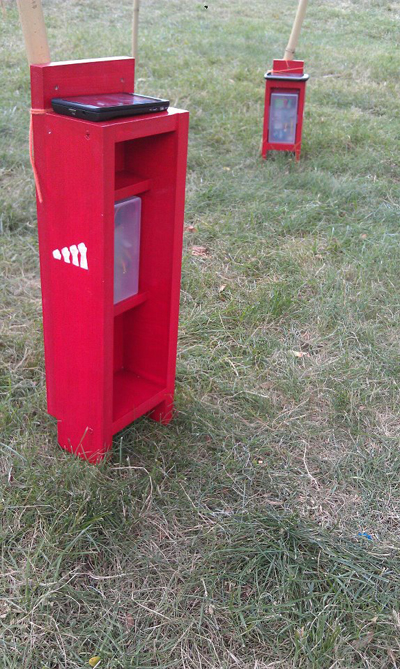 The Flock Houses were migrating so I tested some of my new hardware in the phone booths on Governor's Island as part of the Wiki World's Fair. 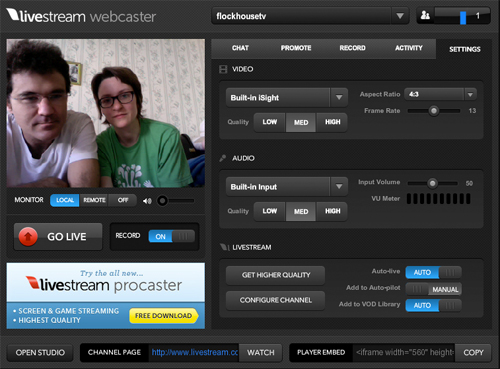 We got all the equipment for the livestream together as well. Here's the Flock House TV Production Team checking out our stream.

The Flock House finally arrives in Dumbo. It's build your own office time. 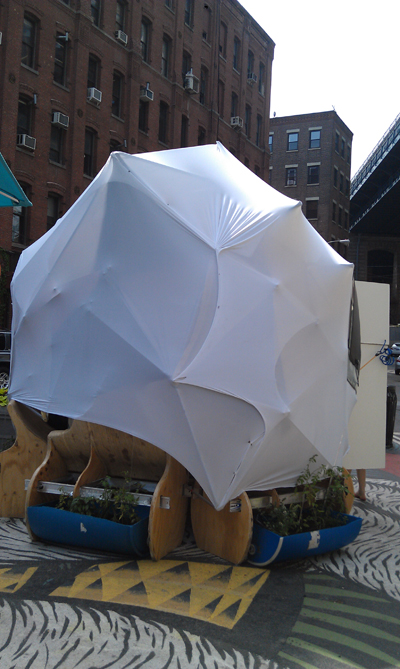 The Flock House looking good, in the sun beneath the Manhattan bridge. 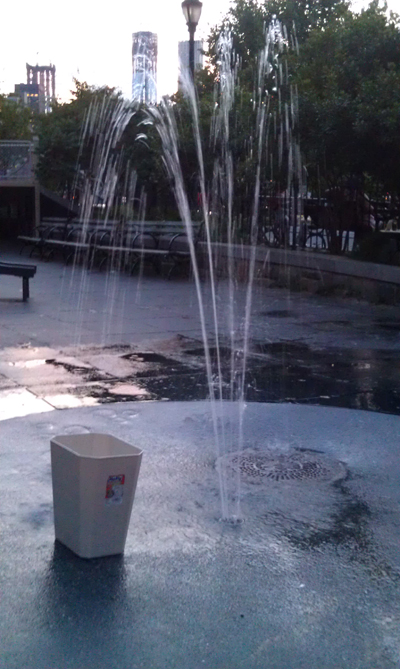 The garden needed water; the playground provided a couple gallons. 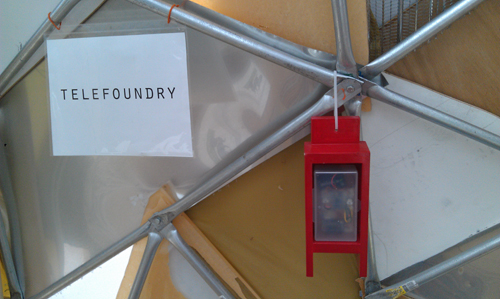 A dedicated space for the Telefoundry. 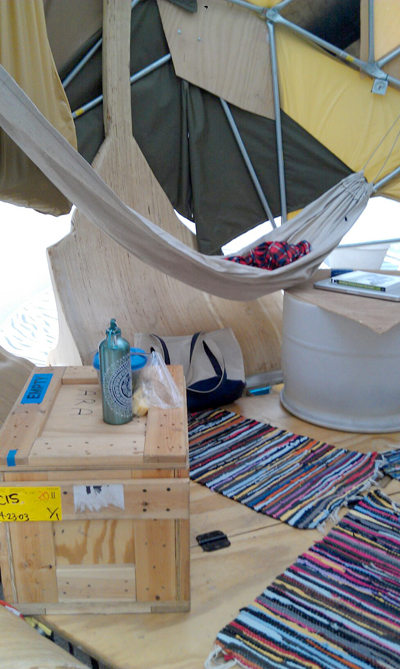 I was accused of making it a "girly clubhouse." Maybe it was the rug.

Here's the real reason my office hours end at 9pm. 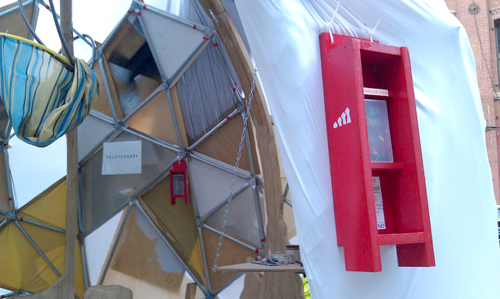 Communication system is in place.

An idea for instructions. 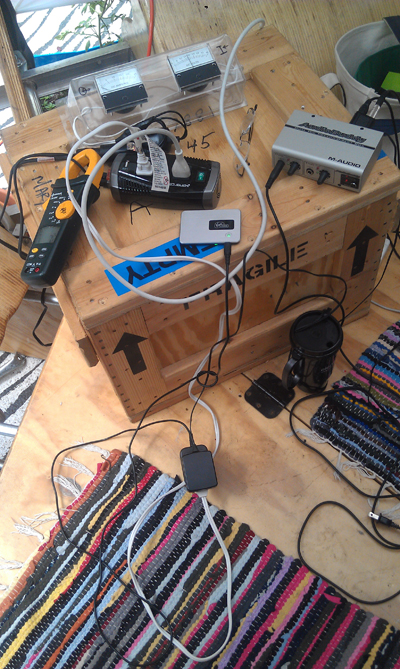 Our equipment for the energy system, internet backup, adapters, monitors, all to run Flock House TV... 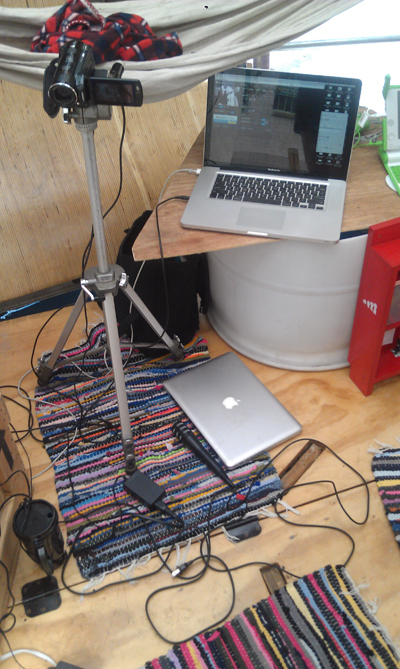 Cameras, computers, audio cables all over the place. 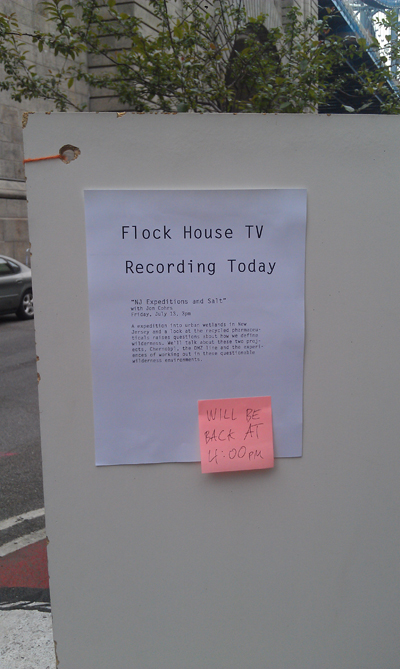 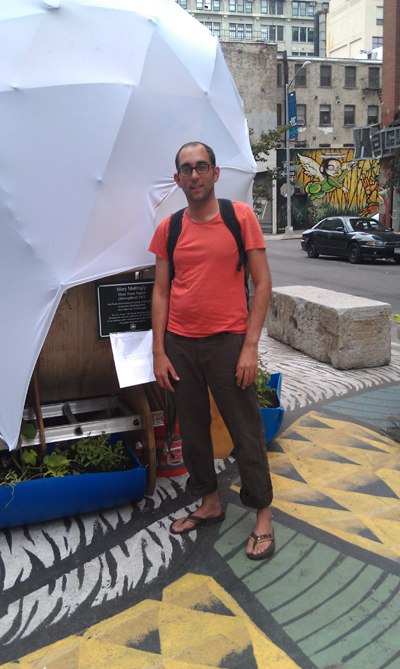 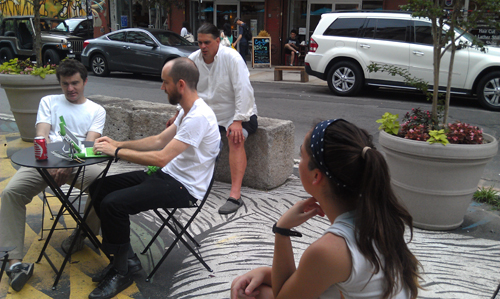 Production team and interviewees in between takes, checking out the XO laptop :) 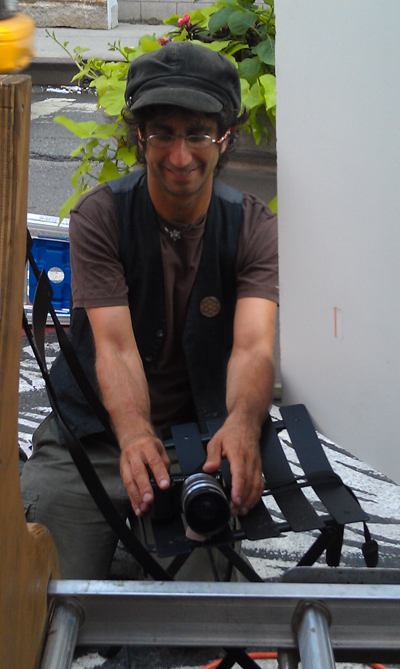 Here's Scott Beibin, setting up a camera so we remember us among the tangle of equipment! 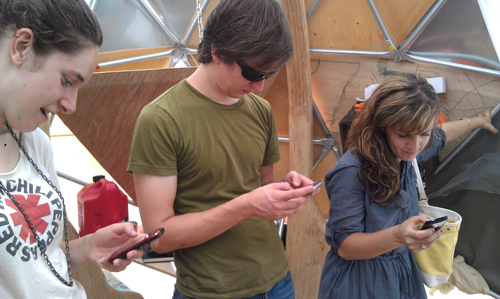 Down time in the Flock House, me observing how everyone loves telecommunications.

Thanks to:
The Flock House Project