Book. Published by the Laboratory For What's Possible, Fall 2021.

The Laboratory For What's Possible

Published in the Tech/Know/Future Catalog, September 2021.

Tech/Know/Future: From Slang to Structure

Work in the radio programming, with {openradio}, Helsinki, August 28 through September, 2021.

Published in Undocumented events and object permanence, with Noemata, February 22, 2021.

You Can Do It!

Performance, with Studio 200 at 10 Jay Street, Brooklyn, NY, at the opening for Dissolving Artifacts, January 9, 2020.

Published in the NewMediaFest 2020 Catalog, December 2019.

Apocalyptic Visions: How do these Artists and Designers face the impending future of the Climate Crisis and other Global Disasters?

Recording as part of the exhibition The Sonic Memorial, with The New Museum of Networked Art at the 6th International Holocaust Conference, in Riga, Latvia, May 21-22, 2019.

Exhibition, online, with artvideoKOELN and the New Museum of Networked Art, Cologne, Germany, 2018.

You Are Here presented at Brown Institute at Columbia University, NYC, August 25-26, 2017.

An exhibition by Amelia Marzec at Harvestworks.

Who's Who in Fine Arts Higher Education

Sweatshop Training for Teens at NODE 2017

Blogs as part of Alison Owen's exhibition, Only Connect, at A.I.R. Gallery, April 2017.

Hoping For The Best But Expecting The Worst

Returning Networks to their Roots

Article in the Eyebeam Blog, November 2016.

Artists Howl for the Anthropocene

Exhibition of 'Failure in this Technologically Aided Era'

Alternative to The Media-Driven Forecasts

You Are Here: Two Approaches to Site-Specific Storytelling

Introducing "You Are Here"

Published in the Eyebeam Book of Ideas, May 2016.

While You Were Texting: Earth & Labor

The Co​-​Op Communique Volume Two Has Been Released

To Be Free Again

Cyberfeminism and Beyond: A Reflection on "Performing Digital-Disruption"

Conversations on Digital Disruption and Cyberfeminism at A.I.R. Gallery

Performing Digital-Disruption: Cyberfeminist Bodies as Art, Action and Activism in the Digital Space

A to Z: Abracadabra to Zombies

Back to Colombia After 25 Years Absent

Exhibition, Board Game Night Curated by Babycastles, at The Uncommons, NYC, April 22, 2015.

Published in the directory, February-March, 2015.

"Why archive?" and Other Important Questions Asked by Occupiers

Women that changed the landscape of Feminism

The 5 Best Things To Do In NYC Tonight

Women in Art and Technology II

Wish You Were Here

How to Build a Greener, Solar-Powered Music Festival

Women in Art and Technology

"New American Sweatshop," an installation that demonstrates a new model for electronics manufacturing in America.

Appearance in the Internet of Things Council, March 2014.

What do we do now? Alternatives Fair

Summer of Making in NYC

Interaction Design in the end of term highlights

Interaction Design in the Spotlight

The Art of Living: The Flock House Project

The Future of Labs

Top 10 Health Innovations of the Week

Holidays for the Future

Co-Organizer, with Eyebeam and The Public School NY, January 28th, 2012.

The Technology of Dissent

Project demo at the opening for the Play Station show at Postmasters Gallery, December 8th, 2011.

Leaders in Software and Art

Festival of Ideas for the New City 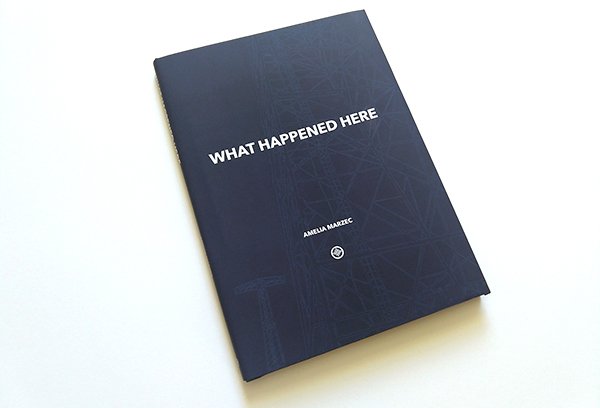