Published by The Laboratory For What's Possible, Fall 2021.

Published in the Tech/Know/Future Catalog, with Montclair State University, September 2021.

Published in Undocumented events and object permanence, with Noemata, February 22, 2021. 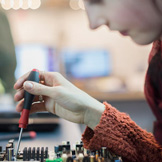 Huffington Post, The Moment I Knew I Could STEAM Ahead: I had spent most of my time in college studying art and wishing there was a way to incorporate technology into the work instead of just using computers as a tool... more >>

Tow Center for Digital Journalism at Columbia's Graduate School of Journalism: At a time when the accuracy of news sources is in question, and politicians want to restrict access to information, hyperlocal communications have more potential than ever... more >> 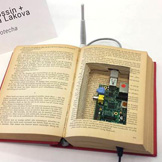 Huffington Post: We are enslaved to systems that don't have our best interests at heart, in order to fulfill a basic human need: communication. We need to seriously consider creating alternatives to the internet... more >> 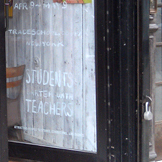 Huffington Post: In an Occupy-saturated New York, there's a push for education by the people for the people that calls for new structures of collaboration and new uses of resources... more >> 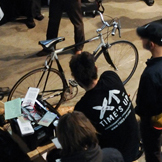 Huffington Post: I recently had the opportunity to organize a demo day for activists, bringing together an energetic group of technologists, artists and designers. Running demos of my own project, Signal Strength, at Occupy... more >> 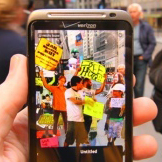 Huffington Post: If you missed seeing the Occupy Wall Street protest in Zuccotti Park, there's another chance for you to experience the occupation at the original site... more >> 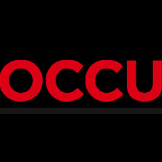 Huffington Post: Occupy Research is a highly participatory band of researchers active in the Occupy Wall Street movement, with working groups popping up across the country... more >> 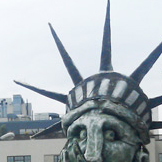 Huffington Post: Over 200 arrests resulted from the Liberty Square raid on Tuesday. But the "I'm Getting Arrested" app was forgotten, illustrating a disconnect between online and offline activists... more >>

Huffington Post: "Money is one of the most intimate things there is. I might give you the contents of my wallet, but I won't give you access to my bank account." Meet Fran Ilich... more >>

Huffington Post: In the wake of the confiscation of gasoline generators by the NYPD, the people of Occupy Wall Street have turned to a new source of power... more >> 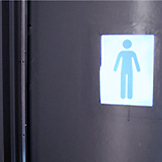 Parsons Design and Technology Archives: One problem with America is that we live in a deeply gender-biased society. Despite the advancements made... more >>